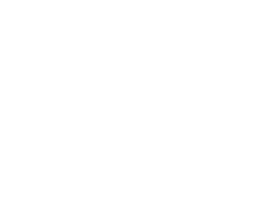 The future of roaming in the EU

On October 27th, the European Parliament voted in favor of a proposal on net neutrality. As part of this proposal, it was also decided that roaming costs within EU territory will be abolished, starting June 1, 2017. This does not concern all roaming, but “roaming within the range of normal usage”. It isn’t yet quite clear how normal usage is defined, and we have to wait until the end of this year to find out.

Offering price discounts on consumer goods seems to be a quick answer to tough competition and to consumers who are more demanding and price sensitive these days. Many times our clients ask us which promotion strategy is most effective in driving share. However, the answer for short term sales boost is different from the one that maintains your brand’s financial health. Let us explain in this article what type of promotion offers the best long term effect.

Move it already! What is holding your potential customers back?

In many service markets – like telecom, energy and finance – consumers do not switch providers very often and service providers are having trouble activating these potential customers. Even though some consumers might want to switch due to an interesting offer from a new provider, often they still don’t act.

During harsh economic environments, companies have to make deliberate choices on how to invest marketing budgets to optimize profits. Especially in the competitive FMCG industry promotions are often used as a tool to increase sales. However, what is the most effective type of promotion? And what are the implications of these promotions on your overall product portfolio revenues?

Have you come across the situation where many items (descriptions, statements or concepts) had to be put in preference order? Ranking and rating type questions are often used in these situations, although the last few years MaxDiff has been gaining more attention as a good alternative.

From Rx to OTC drugs: Challenges for marketing and market research

In light of increasing patent expiration rates, a switch from Rx to OTC proves to be a successful counter-strategy against generic erosion. As a result, marketers face challenges entering a new competitive environment. Our Consumer Health team has valuable experience in bridging the knowledge gap between healthcare and consumer markets to facilitate your decision making process.

Be the first to receive the latest market research insights, tips from industry peers and exclusive content to help you influence decision behavior.

An introduction to the marketing implications of health information and behavior

How Unilever is driving growth opportunities with NRM

Marketing strategies post COVID-19: What you should know about decision behavior

The Long and Short of PepsiCo’s Promotion Strategy